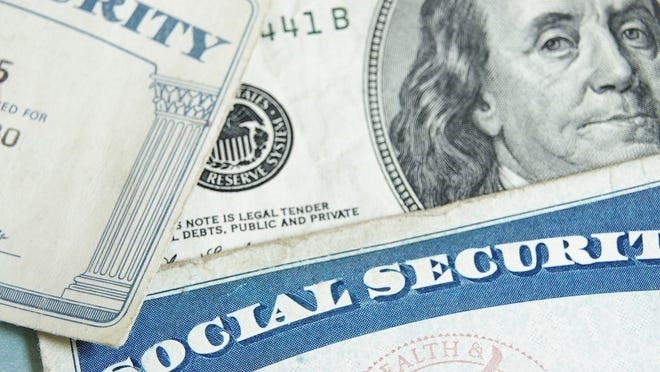 4 changes that could affect Social Security in 2020

If you’re one of almost 69 million Americans who receive Social Security or Supplemental Security Income benefits, you’ll notice a small change in your monthly check this year.

More than 63 million beneficiaries will receive a 1.6% cost-of-living adjustment this month. The 8 million SSI beneficiaries received their COLA on Dec. 31.

The maximum amount of earnings subject to the Social Security tax will increase from $132,900 in 2019 to $137,700 in 2020. To be fair, this increase affects just 11.8 million of the 171 million workers who are covered under Social Security. But that increase, according to David Freitag, a financial planning consultant with MassMutual, could be a bit of a surprise for the 7% of workers who will have to pay about $298 more of their wages into Social Security in 2020 than in 2019.

The only bit of good news about this increase? You and your employer won’t have to pay a Social Security tax on earnings above the taxable maximum amount.

How work affects your benefits

One positive here: There’s no limit on earnings for workers who are FRA or older for the entire year.

Slightly more than half of Americans (56%) pay taxes on their Social Security benefits, according to the SSA. And that percentage is likely to increase given that the income tax thresholds for Social Security aren’t – by law - adjusted for inflation, according to Joseph Stenken, an advanced markets product consultant at Ameritas and author of "Social Security & Medicare Facts."

“These thresholds have not been adjusted by Congress since 1993, over 25 years ago,” Stenken says. “More and more beneficiaries are going to be subject to income tax on their benefits.”

Adds Freitag: “The fact that Social Security income tax thresholds have not changed is really a ‘covert tax’ that is operating under the radar and can often be a big surprise to beneficiaries who are collecting benefits.”.

The SECURE Act, a bipartisan retirement bill that President Donald Trump signed into law late last year, will also affect current and future beneficiaries in at least a couple of ways, says Stenken.

First, those who turn 70½ after 2019 may delay taking required minimum distributions or RMDs from their retirement accounts until they are 72. An RMD is, generally, the minimum amount that a retirement plan account owner must withdraw annually.

And this could be a mixed bag for non-spouse designated beneficiaries. Such a beneficiary is defined as a living person for whom a life expectancy can be calculated and who isn't the spouse of the retirement account owner.

Under the old law, non-spouse designated beneficiaries could take distributions over their lifetime. But now, for many retirement account owners who pass away in 2020 and beyond, beneficiaries will have only 10 years to empty the account.

Robert Powell is the editor of TheStreet’s Retirement Daily www.retirement.thestreet.com and contributes regularly to USA TODAY.