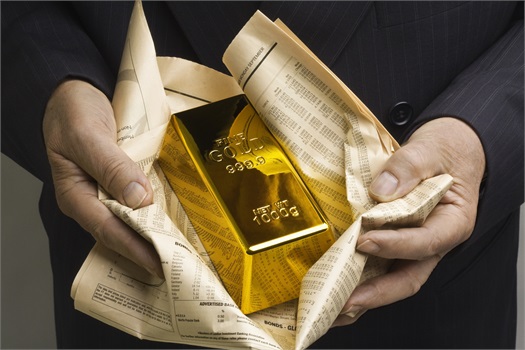 In 1926, a book was written by George S. Clason, entitled The Richest Man in Babylon. It was supposedly based upon historical "writings" from the city of Babylon which existed over 8,000 years ago. The people who lived during this period and in this city were known as Sumerites. They were apparently an educated, enlightened people with an advanced agriculture which incorporated irrigation systems and canals of enormous size to control the Euphrates and Tigris Rivers. They were very advanced in many areas – of particular note were the areas of mathematics, astronomy and finance.

It is believed by many that they were very possibly the first to have developed and used a way to record the events and activities of the day in a written language.

Since paper had not yet been invented, they developed a method of carving upon moist clay which was then baked - becoming hard tile. Each one inch thick tablet was about six inches wide and eight inches long. Among many artifacts uncovered by archeologists in the early 20th century were these clay tablets which represented the "recorded" history of the time.

According to the author, one such set of tablets that was found told a story of an apparently rich man named Bansir. The tablets gave an account of his lifelong search and achievement of wealth by following the teachings of a man named Arkad who was purported to be the richest man in all of Babylon. The writings tell of how, as a young man, Bansir desired to be wealthy himself and so, sought out Arkad in order to convince him to share the "secrets" of wealth. After a time, Arkad agreed to share his knowledge and as a result, gave Bansir a series of five "laws" which, if followed exactly, would ensure the wealth Bansir desired. Arkad explained that these were - and are - the rules necessary to acquire, grow and preserve wealth. Bansir was told to follow them precisely if he wanted to achieve the financial success he desired, which, as the story is told, he apparently did.

They are known as:

The 5 Laws of Gold

Whether this is a true story or not, the lessons learned and wisdom gained from these "laws" are extremely valid and useful in today's investment environment, particularly having just come off of the worst stock market since The Great Depression - a great deal of which, by the way, could have been avoided if investors (as a general statement) had adhered to these five basic principles.

Let's look at each "law" and apply it to today.

The challenge is to identify and utilize someone with real experience that will be a good steward (like The Art & Science of Successful Planning). Association with, or working for, a nationally recognized name or company DOES NOT ensure you are dealing with someone "wise" - in fact, forget wisdom - try simple competence - or better yet - how about getting true objective advice that's not influenced by the payment of commissions from some investment product or stock trading strategy.

It is an unfortunate truth that the vast majority of people you will encounter in your search for someone "wise in its handling" are simply investment sales people. Don't misunderstand; this does not make them bad people. It is my belief that, chances are, they very likely will not be the best option for you when seeking objective advice and council.

You have to understand that the investment industry itself is fundamentally structured to sell you some kind of commission-based investment product—often disguised these days as a service or product that "doesn't cost you anything". (If this type of arrangement or environment had been around during Arkad's day, it is a good bet that avoiding this kind of relationship like the plague would have been law #6.)

last two (#4 & #5) are combined since they really go together in the context of this discussion.

4. Gold slippeth away from the man who invests it in businesses, or purposes with which he is not familiar, or which are not approved by those skilled in its keep.

5. Gold flees the man who would force it to impossible earnings, or who followeth the alluring advice of tricksters and schemers, or who trusts it to his own inexperience and romantic desires in investment.

These are great words because they are so extremely profound, particularly the terms, "tricksters" and "schemers". Have you heard of any of these in the news over the last few years? Can you say Enron, Tyco, and Global Crossing. How about Arthur Anderson, or as occurred in 2003, millions of dollars in fines assessed against the largest stock brokerage houses for the incestuous relationship between recommendations from their analysts and their underwriting and investment banking efforts.

These are just the most visually evident. There are many others. You have, no doubt, heard about the after hours and improper trading at some firms which was uncovered in 2003 as well. These activities have resulted in fines of millions of dollars and a breakdown in trust with a number of so-called "professional managers".

Did you know, for example, that it is possible for a company with lagging performance to stop marketing themselves and simply disappear into the ether as if they never existed – or – lost investors money. The procedure goes like this: The assets of a poor performing investment are simply folded into another similar more successful investment and the performance of the "dog" investment simply goes away. A future investor may have no way of knowing how bad a money manager was, even though that person (or persons) may be managing the new investment as well. (In the investment world parlance, this is known as survivorship bias.)

To most who will read this, the message of these last two laws will seem remarkably profound looking in the rearview mirror of the last few years. The 3-year Bear Market from the end of the 1st quarter 2000 through the 1st quarter 2003 is the most recent historical demonstration of the consequence of not following them. During the period leading up to the Bear Market (1995-1999), the number of advisors, market gurus and so-called experts who were thought to be "wise" was huge.

For those who convinced themselves that we were in a "new economy" - or - thought technology and telecommunications stocks were the key to riches without risk - or - followed and believed the oft-tainted and sometimes completely bogus recommendations from the stock brokerage industry's analysts - or - generally abandoned rational thought and understanding about the inescapable relationship between risk and return - their "gold" has "slippeth away".

More importantly for some, however, what slippeth was not just money, but a particular lifestyle which they had planned on living when they retired, or, the time frame for that retirement. For others, the result has been the creation of fear which has caused them to abandon the benefits of sound, prudent investing with competent, honest individuals and companies. Some who began to invest for the very first time have left the field, never to return. The impact on their lives and the tremendous positive aspects of investing successfully will never be felt by them or their families.

All of this could have been - and more importantly - can be - avoided by learning and living the principles espoused over 8,000 years ago by a man who understood that the key to having a successful investment experience is understanding the benefits of prudent decision-making.