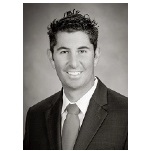 Ryan Sherry is from Fort Myers, FL. After attending Canterbury School, he received an athletic scholarship to the University of Florida. Ryan truly left a footprint on the UF campus. He graduated from the Warrington College of Business Administration with an emphasis in Sports Management. As a 4 year letterman on the Men's Tennis team, Ryan played a part in two SEC team championships (2003-2005), and he was the tournament MVP in 2005. He made the SEC Scholar Athlete honor rolls in 2003-2005 as well.

In addition to his educational and athletic achievements, Ryan was nominated to the Student Athletic Advisory Committee (SAAC), where he represented the voice of UF student-athletes. He is a member of Sigma Phi Epsilon Fraternity Florida Chapter, as well as Florida Blue Key: a student honor and service society at the University of Florida.

Following graduation, Ryan became an entrepreneur through creating, developing, and operating two popular nightclubs in SWFL. After six successful years in the entertainment industry, he sold both businesses. Before entering the securities business and joining the Art and Science of Successful Planning, Ryan worked for his family's dental practices in the areas of business development and marketing.

Ryan's current focus is working with former NFL athletes developing claims filings for the NFL Concussion Settlement program and guiding those former athletes in the area of budgeting and personal finances; supporting them and helping them maintain a quality of life as they transition from one chapter in life to the next.